New CEO says he’s “reversing the decision” made by predecessors.

With just a month under his belt as the Binance.US, CEO, Brian Shroder issued this surprising tweet earlier this evening to his followers on Twitter. 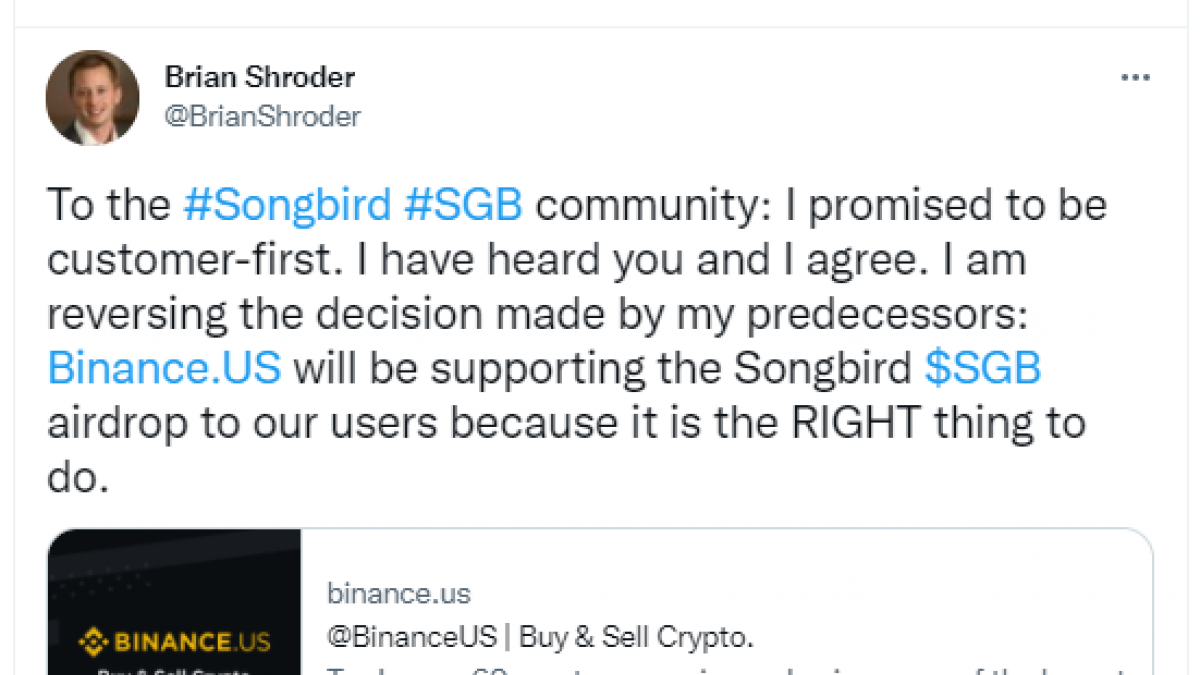 Details still have to be ironed out as he stated in this follow-up message. 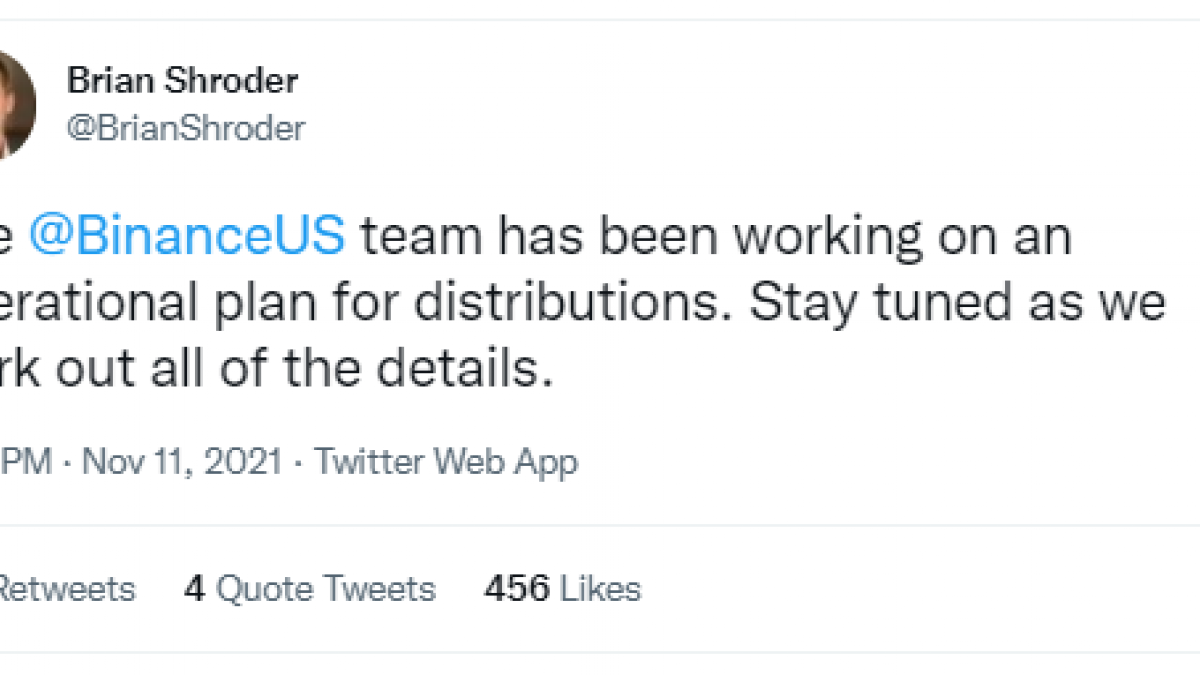 Shroder replaced former CEO of Binance.US – Brian Brooks – who resigned in August after only three months in the role. Binance.US is an American partner of Binance, the world’s largest cryptocurrency exchange by trading volume. It’s worth noting that the global Binance group announced on Oct. 28 how it would support Flare’s Songbird (SGB) Airdrop Program for XRP holders on its platform.

Binance has come under intense regulatory scrutiny of late. For instance, Britain’s financial oversight agency blocked Binance from any regulatory transactions in that country, while Japanese regulators asserted the exchange was operating there illegally. Here in the U.S., Binance is being investigated by tax agencies, the Department of Justice, and the Commodity Futures Trading Commission.

This news from Shroder is a bright spot among the recent storm clouds. On Tuesday, Shroder posted an upbeat and optimistic message about his intense focus on customer service.

Going forward, our organization will be even more customer-centric, and we have already begun to take clear and meaningful steps in that direction. We have a lot of work to do to live up to the high degree of customer service that I want Binance.US to be known for, but the team and I are willing to put in the work to earn your trust.

It seems like honoring the SGB airdrop commitment to XRP holders on its U.S. platform is a strong step toward achieving that goal and restoring customer trust in the Binance.US brand.

In a crypto crash, the coins with the best real use cases and loyal followings will survive the best, according to FTX’s Sam Bankman-Fried | Currency News | Financial and Business News