Dogecoin (DOGE) is in a bit of pause mode as buyers have not been able to push prices above $0.30. After the correction DOGE had on August 24, price action has refrained from paring back those losses with the break of the green ascending trend line. Instead, price action is going sideways and does not show much sign of improvement as it looks to be stuck between $0.30 to the upside and $0.27 to the downside.

Ripple (XRP) has been on a downward trajectory since August 15. Price action could not get back up there, and since then prices have shown lower highs. In that push to the downside, Ripple could not hold price-action above the purple descending trend line. The trend line got chopped up several times and looks to have served its purpose for now. 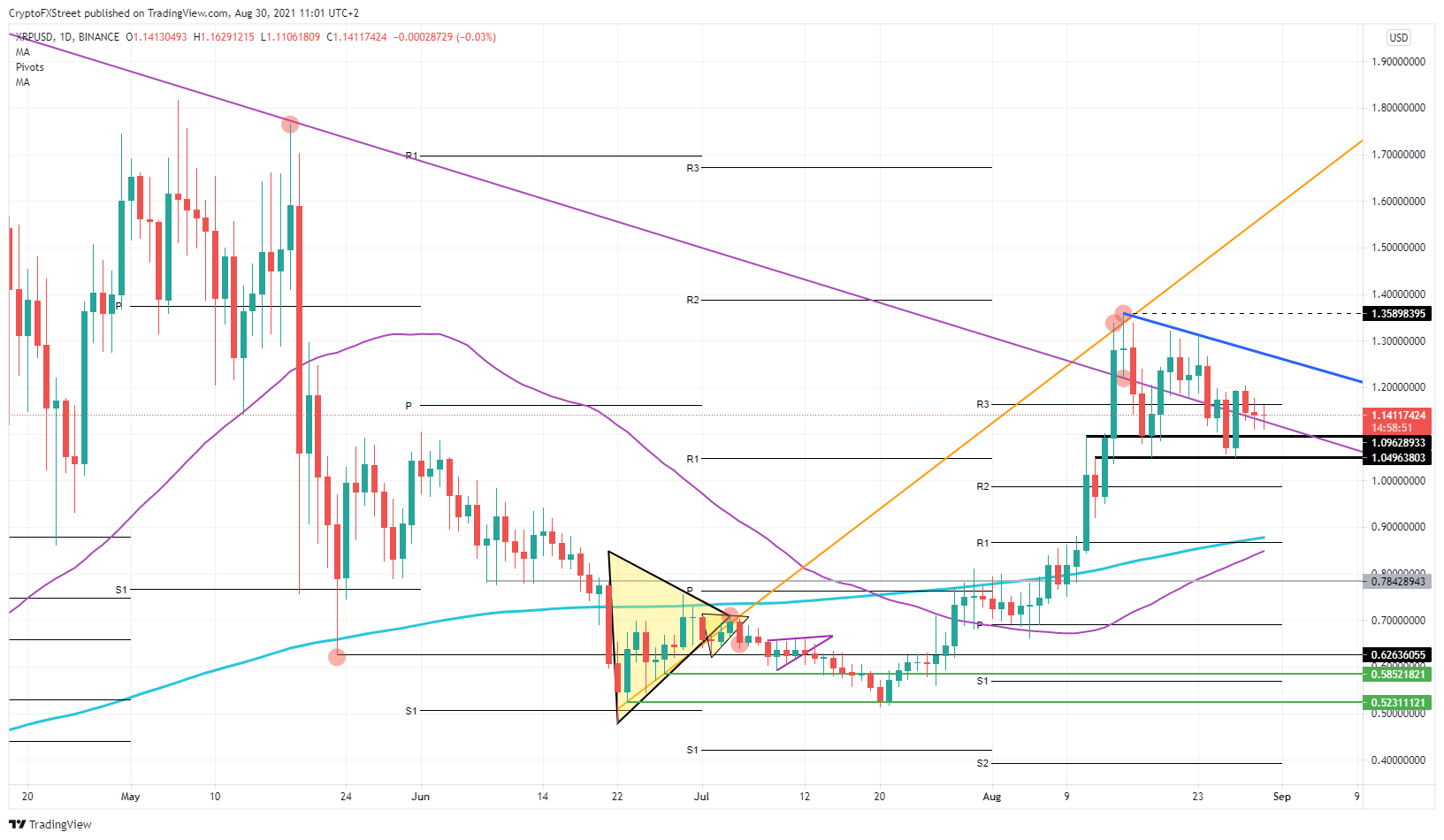 Ethereum (ETH) is consolidating in its price action. Price is getting squeezed in from both sides by buyers and sellers. The highs are getting lower, and the lows are getting higher. A breakout looks imminent, and it will be critical to see if ETH can run up again toward the higher boundary at $3,391. 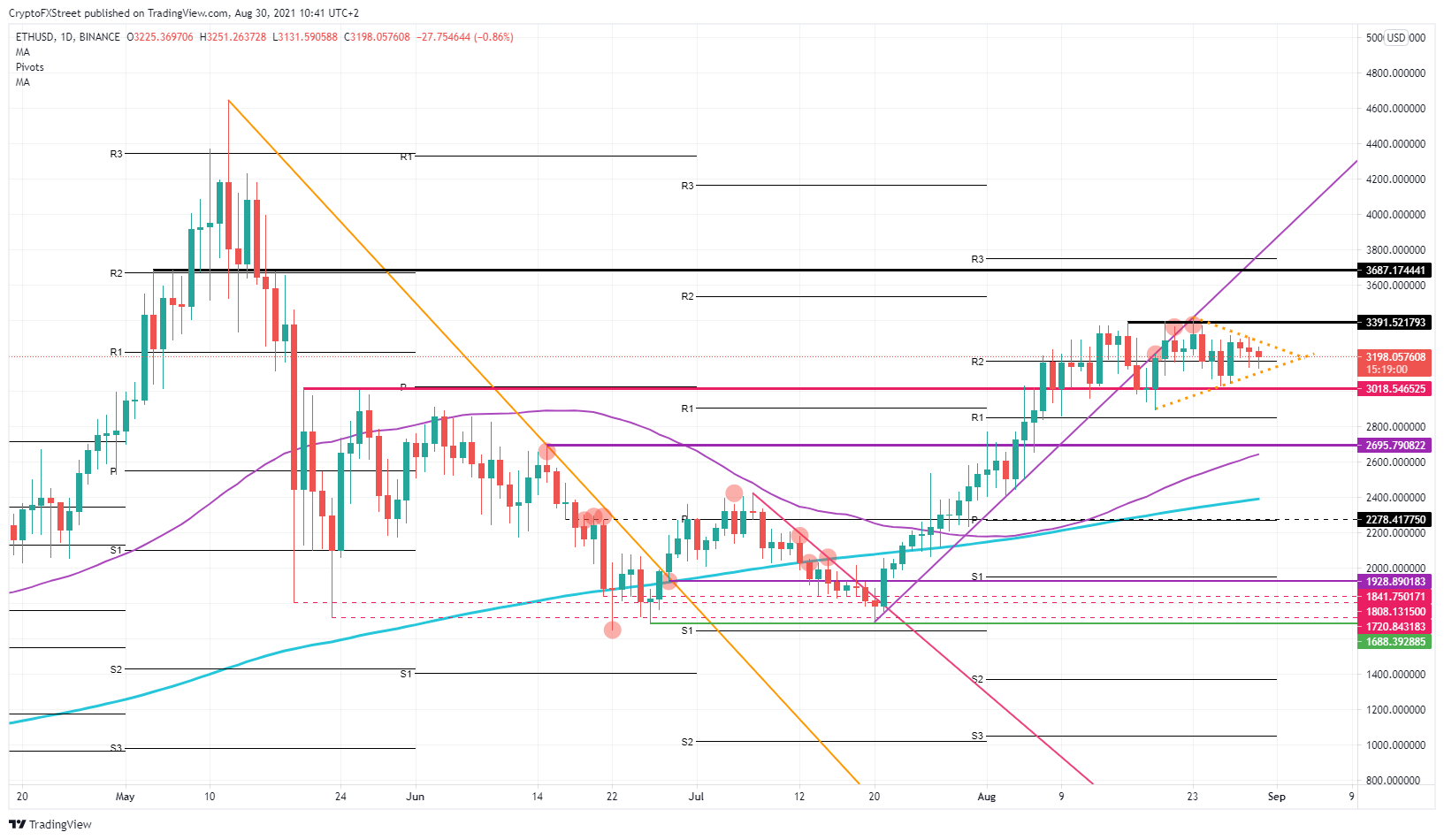 ETH bears contemplate a drop to $2450

He escaped the Dark Web’s biggest bust. Now he’s back