The cryptocurrency market has seen tremendous ups and downs in its fairly short history, with the common refrain being that a week in crypto is equivalent to years in other markets. For every feature on a crypto millionaire that invested at the right time, there are countless untold stories of altcoins that were expected to be the “next big thing” but languished in obscurity. Though the future of crypto is still anyone’s guess, what’s certain is that it has acted as a gateway for many into blockchain—cryptocurrency’s underlying technology—and its potential for other applications. Top blockchain investors have seen its potential for industry growth and disruption, be it in the form of blockchain initiatives at long-standing companies or blockchain startups that integrate the technology from the very beginning.

First, a quick summary of how blockchain operates and what characteristics might make it appealing to businesses. Blockchain, simply put, is a technological framework for data storage and transmission that emphasizes characteristics like transparency, immutability, decentralization and interconnectivity. Each transaction or data point on a blockchain is permanently stored as a unit called a block, which is checked against previous entries, creating a sequence of blocks or blockchain. Each new block is validated by a network of users that can include both members of the blockchain or organization and impartial third parties that can provide additional verification.

The unique benefits of blockchain have led many to tout its ability to improve auditing and increase accountability in the business world, but what else can be achieved with this technology? Who is investing in blockchain, and what sectors can benefit the most from blockchain integration? There are several examples of blockchain businesses either currently in operation, awaiting funds from a potential blockchain VC investment or still waiting to be created. Here are just a few possibilities:

A popular example of blockchain integration in an established industry is the pairing of blockchain and supply chain. Through the use of smart contract technology, supply chain companies can configure various self-executing protocols to assist in the different stages of shipment and distribution. Some of these use cases include smart contracts that can tell trucks to depart when a certain amount of product is loaded, automatically update inventory with each delivery or potentially stop a shipment of perishables if truck temperatures fall outside of optimum range. Supply chain management can also benefit from the immutable ledger aspect of blockchain to maintain an accurate and transparent account of shipments, leading to better tracking and the elimination of fraud and unaccounted inventory. 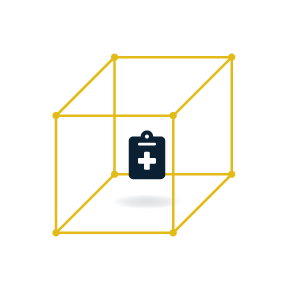 The healthcare industry has seen significant advances in recent years, as well as a surge of interest from the public, entrepreneurs and investors alike. It is also one of the verticals with the most potential for blockchain disruption and overhaul.

One of the central healthcare pain points that blockchain may be able to solve lies in the storage and sharing of medical records. In its current state, patient data management is characterized by challenges and considerations such as the transfer of records when changing healthcare providers, maintaining patient confidentiality and ensuring patient info is up to date. Blockchain businesses with an interest in healthcare can leverage encryption capabilities on the blockchain to ensure that only relevant parties are able to access a patient’s data. By combining the use of public and private blockchains, these businesses can also ensure that a patient can always call upon their records for personal use and never have to worry about data being lost when changing to a different provider. 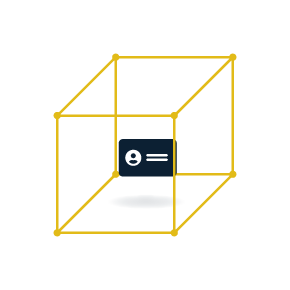 Blockchain businesses in the field of digital identity are largely possible as a result of blockchain decentralization. The fact that no one entity owns a blockchain or the data contained within ensures that a user can protect their data and use it as they see fit.

As a result of these characteristics, a blockchain identity is one that can be applied at will, cannot be removed or governed by another entity and gives users control over how much data is shared on a case-by-case basis. Virtual identities enabled by blockchain are by design meant to share only the least amount of details needed to complete a task, meaning that less of your data is shared with third parties. For example, a blockchain identity business might allow a user applying for a US-based program to share that they live in the United States without having to disclose their address or share their age without having to disclose their date of birth. This level of granularity combined with a user’s control over when a virtual identity is used makes this use case very appealing to both entrepreneurs and blockchain investors.

These are some of the most prominent blockchain use cases but there are many more applications awaiting blockchain VC investment, such as cybersecurity, IoT, blockchain certifications and eLearning programs and even blockchain-based entertainment. Recent years have seen everyone from developers to directors of innovation explore the potential of this technology and its place in the current market landscape. Whether it takes the form of an integrated technology in larger businesses or serves as the basis for specialized blockchain startups, blockchain technology has the utility and demand to become a major industry alongside the other top verticals in tech.

Blockchain Gets Real Across Industries