The embattled cryptocurrency has added over 50 percent in a single week, soaring to a local high of $0.64.

XRP is currently on track to score its second-largest weekly candle in 2021. 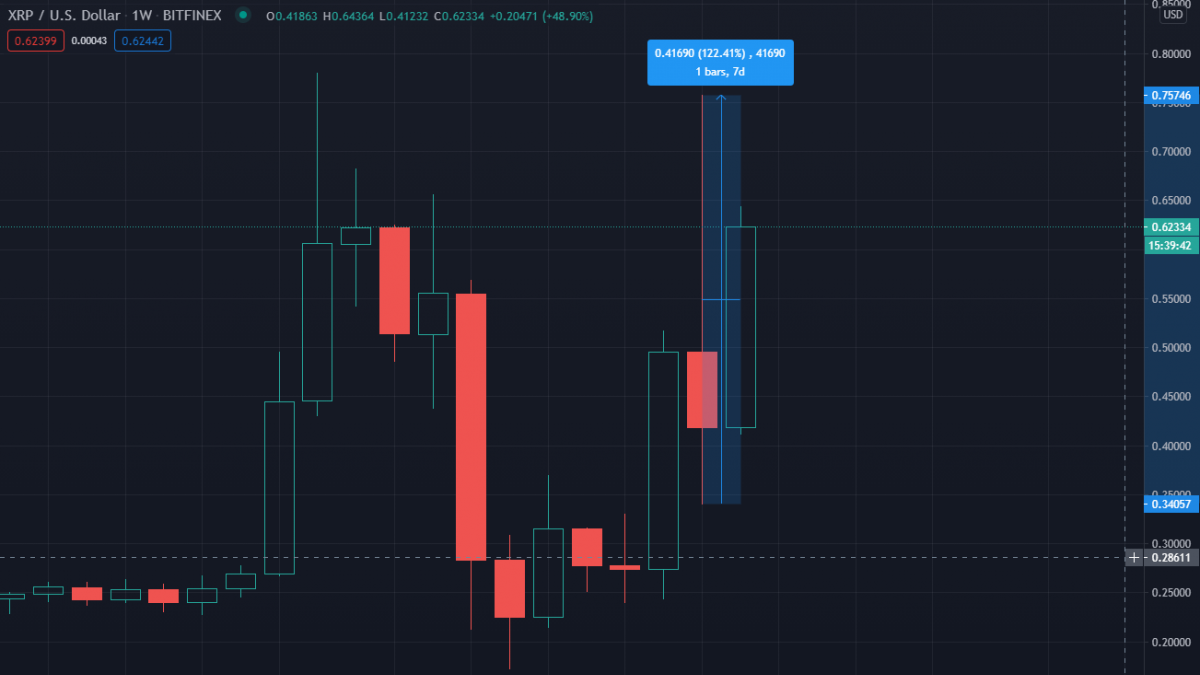 As reported by U.Today, the O.G. cryptocurrency dropped out of the top five for the first time since July 2014.

XRP has been notoriously volatile since Ripple Labs was hit with a crushing lawsuit by the U.S. Securities and Exchange Commission (SEC) in late December. Within less than two weeks, it crashed over 70 percent before soaring back to $0.78 in early February because of unscrupulous market participants manipulating the token’s price.

Despite its legal woes, XRP is still performing relatively well as some expect Ripple to squeeze out a highly unlikely victory in its court battle with the regulatory watchdog or at least reach a lenient Block.one-style settlement agreement.

Still, there are those who are convinced that the SEC lawsuit is the coup de grace to the cryptocurrency, with Silicon Valley investor Jason Calacanis recently saying that it was “clearly” going to collapse to zero.

The rivalry with Cardano intensifies

Given how topsy-turvy XRP’s performance is, it is highly likely that the token won’t hold onto its fourth spot.

Over the past month, Cardano has emerged as a serious competitor to the Ripple-affiliated cryptocurrency following the rollout of the “Mary” hard fork, and the gap between the two major crypto players is currently less than $1 billion.

On the other hand, if XRP continues gathering momentum, it could soon trump the Tether (USDT) stablecoin whose market cap has now surpassed $31 billion.

A billion XRP worth $415 million released