ETH/USD stays bid around $1,090 during early Tuesday’s trading. The crypto major refreshed the highest since February 2018 before stepping back to 886.00 amid overbought RSI conditions.

While the oscillator remains in the region suggesting ETH/USD pullback, the quote ignores the downside signals while following bullish MACD clues.

XRP/USD recedes from an intraday high of 0.2400 to 0.2306 during early Tuesday. Even so, the ripple pair remains inside an ascending trend channel formation established since December 30.

Not only the bullish chart pattern but normal RSI conditions and an absence of bearish MACD also favor the XRP/USD buyers unless breaking the stated channel’s support, at 0.2170 now.

Cardano was up by 35% in the past two days after a significant breakout from a crucial long-term pattern formed on the weekly chart. Bulls target a price of $0.32 in the medium term as the entire market has turned bullish.

The most significant pattern was the inverse head and shoulders on the weekly chart which has been broken. The next price target for the bulls is $0.32 which would be a two-year high, although the all-time high is set at $1.26. 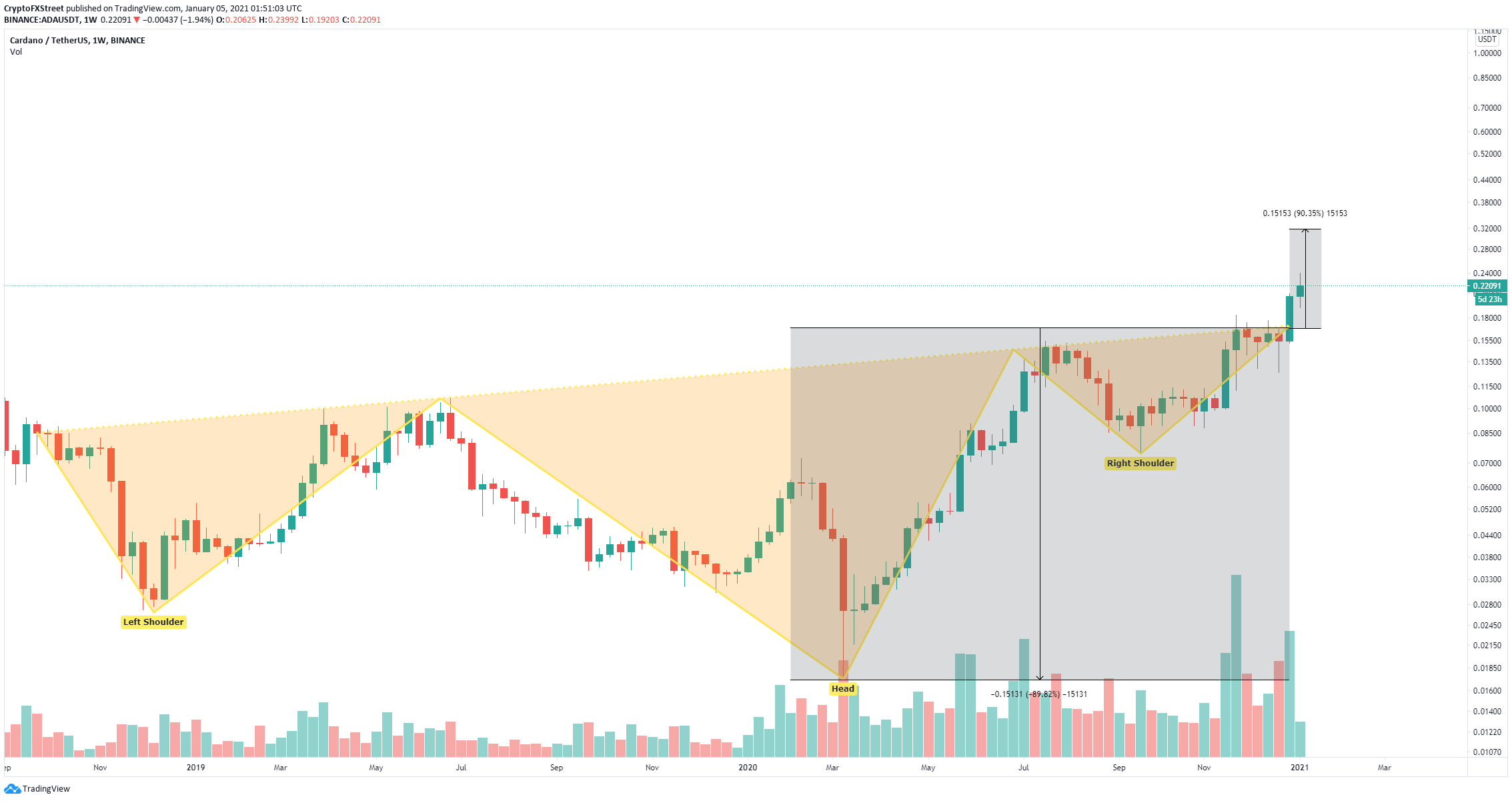 Get the 5 most predictable currency pairs

Bitcoin Will Never Be Real Money, Says UBS, Because It’s Too Volatile