Litecoin sailed past its level of resistance on the charts and could register some more gains in the next day or two, before facing its next resistance. Ontology could continue to show bullish momentum in the markets in the short-term. Zcash bulls showed strength too, and were likely to drive prices up in the coming days.

Litecoin rose its past resistance at the $45.7-level, on a move with above-average trading volume. Subsequently, the price also retested the zone of demand at $45, and sellers were unable to push the prices under the zone, as indicated by the cyan arrow.

The Aroon indicator also showed that in the short-term, LTC was moving upwards. The Aroon Up (orange) crossed above and stayed above the Aroon Down (blue).

LTC could face resistance at $48 and $50, with $48.5 being an important level, according to a longer time-frame analysis. 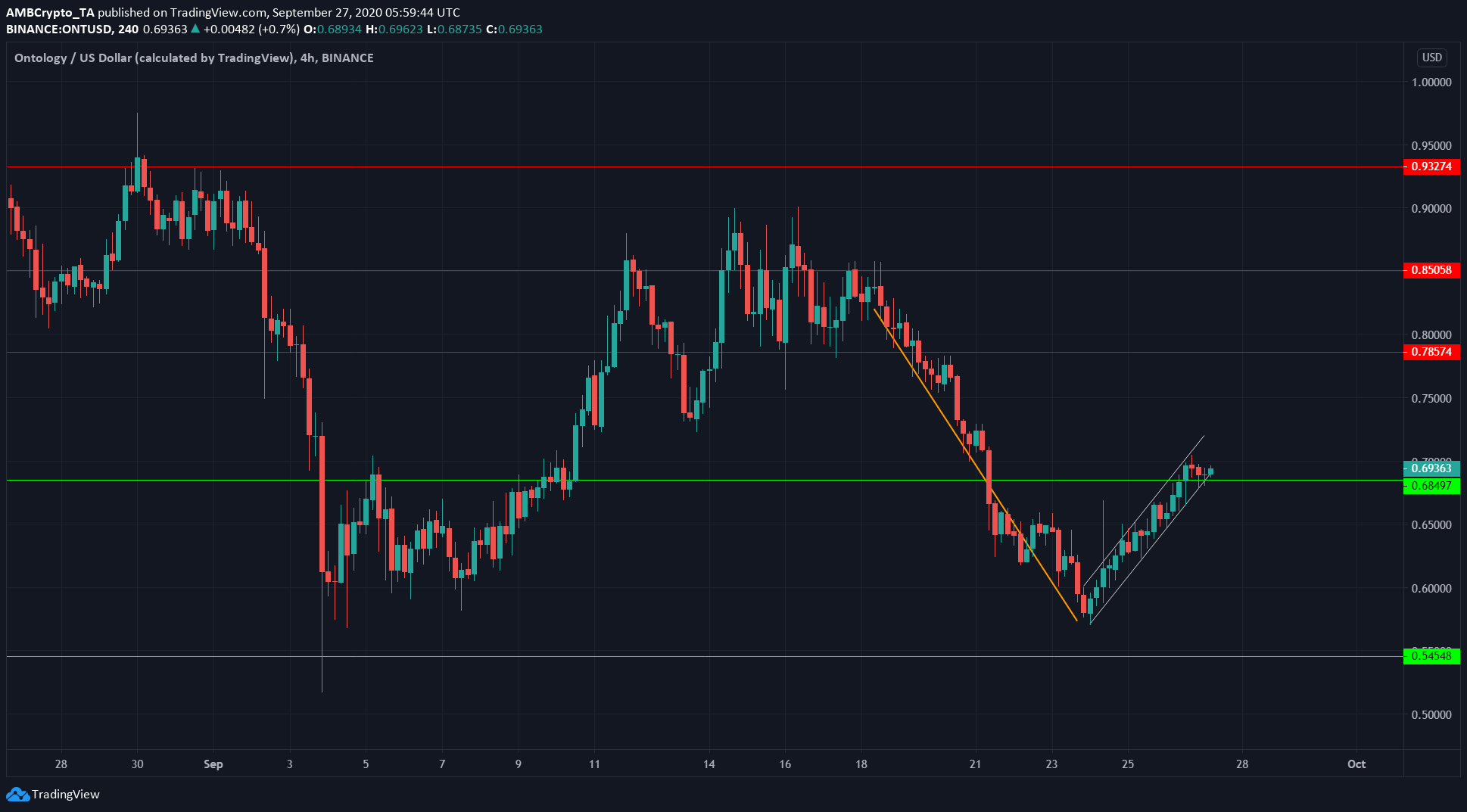 The recent drop from $0.85 to $0.57, and the subsequent rise within a channel, was a textbook bear flag. However, there was one catch. The gains made were near 40% of the flagpole length, which is more than the (in general) 38.2% that is considered the maximum price hike from the flag.

So, the pattern could fail, but it was too early to gauge the likelihood of the same, at press time. Having flipped the resistance at $0.68 to support, it is possible that the bear flag could be invalidated in the next few hours.

Ontology Network drew attention to the low ONT gas fees (0.05 ONG, worth $0.006), to contrast itself against the gas fees on Ethereum. This was in response to an observation that the growth of NFTs (non-fungible tokens) on the Ethereum blockchain might be inhibited by the network’s congestion. 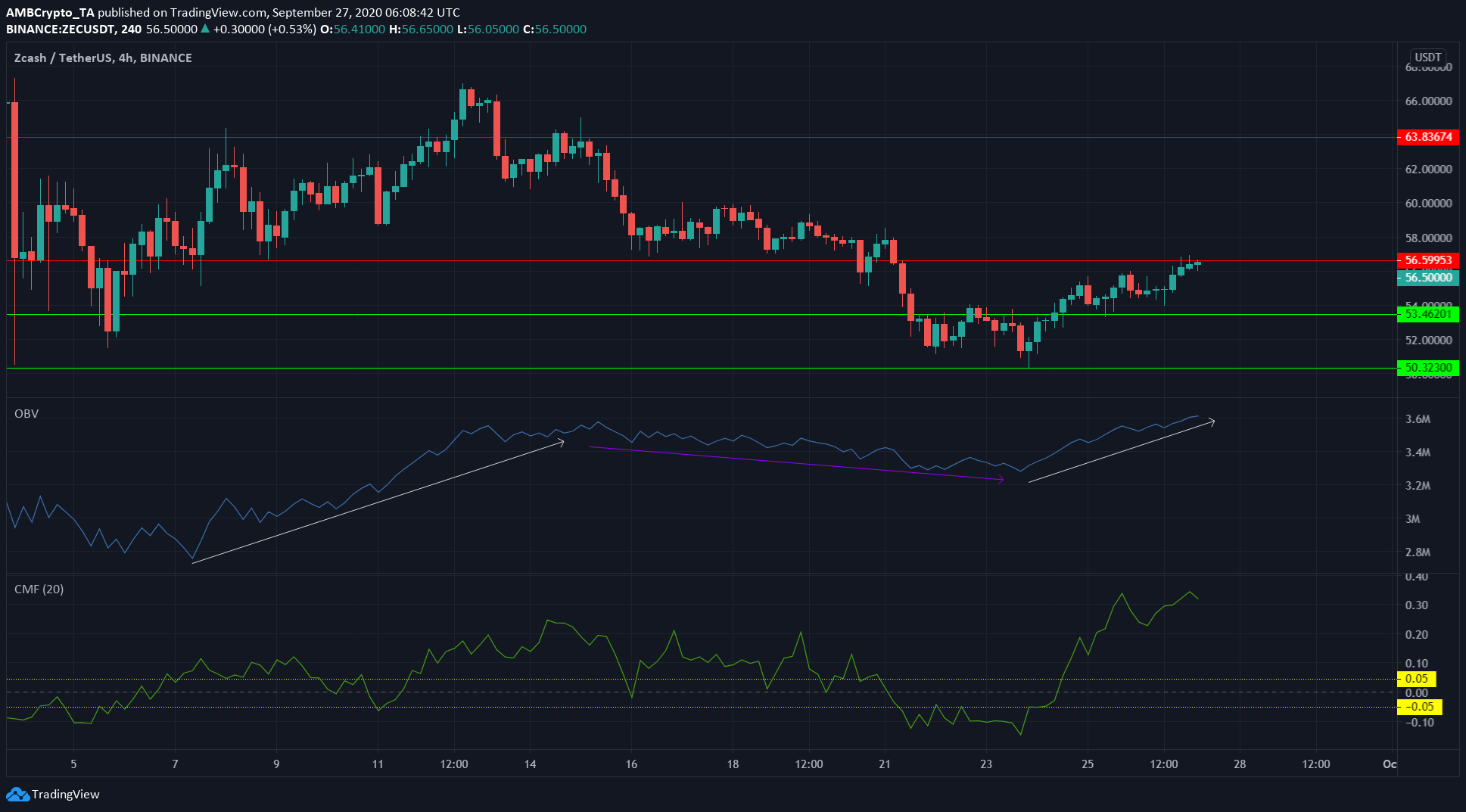 Since the drop in early-September, the OBV has showed that the buying volume on the asset far outweighed the selling volume, highlighted in white and purple. This indicated that recovery for ZEC could be likely.

The Chaikin Money Flow also backed the findings of the OBV, showing strength from buyers for the most part, since the early-September plunge.

A drop to $50 was followed by a surge to $56, with a level of resistance at $56.6. The CMF was at +0.3, showing strong buying pressure in the market that could take ZEC past its resistance in the short-term.