Recent months demonstrated explosive growth of decentralized finance with $13 Billion in total value locked. Normally, games are the first thing to take off on new platforms, and seems like DeFi is not an exception here.

The most obvious precedent here is the decentralized city builder dApp game MegaCryptoPolis 3D (MCP3D) is not a new kid on the block – launched early 2018 to become one of the most popular blockchain games with over 8000 ETH and 45 Million TRX (~$4’500’000) withdrawn by players from smart contracts.

Players acquire Land Plots in Districts to construct buildings using Resources. Some buildings produce Resources, others allow to grab ETH and TRX from in-game “Funds” ($400’000 available at the moment). 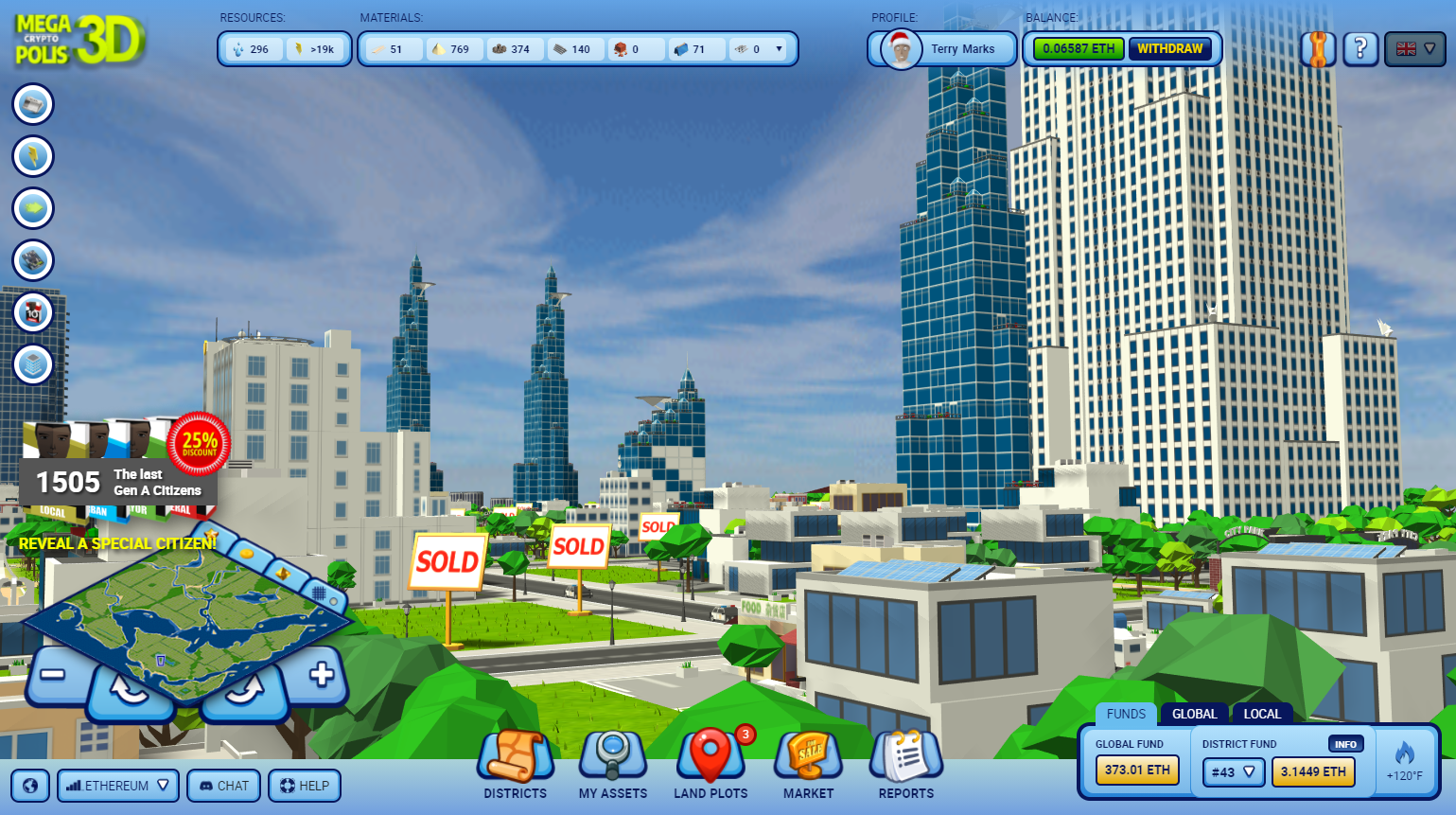 The most expensive game assets are Districts – one was recently sold by a player for 70 ETH (~$27’000 at the date of the deal). Districts were initially distributed on the Ethereum network starting at 5 ETH. All the Ethereum Districts now have their owners and are available only on the secondary market. TRON gaming map was opened in March 2020 and still has Districts opening every next month with the initial auction bid starting at 200 000 TRX.

Resources are the core of gameplay as required by almost every action in the game. Every time a Resource is used in the game it’s burned — reducing the overall supply of a Resource. 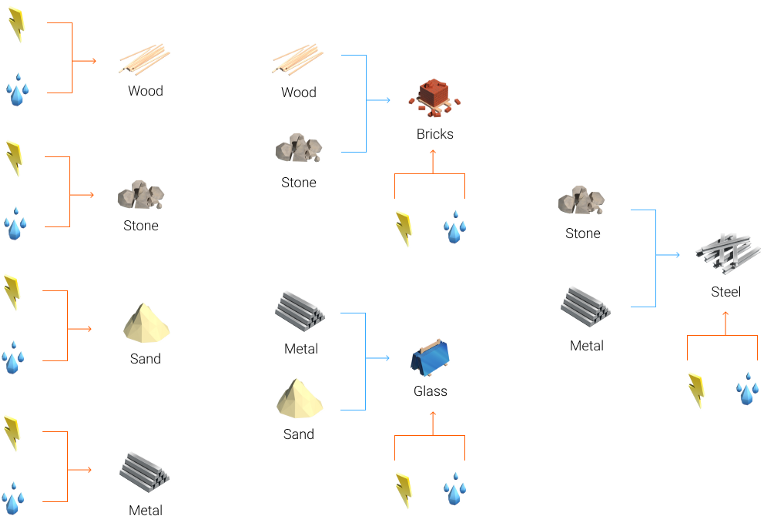 Each Resource has its own price on the in-game market, which may vary depending on the network. Actual deal prices and trading volumes are available in the so-called “MCP Times” newspaper that works just like a block explorer for the game assets:

All the game logic runs on smart contracts with all the actions being a transaction and every game item a non-fungible token. Resources are also traded as NFTs (ERC-721) today, which does not reflect the nature of a countable asset. A new ERC-20 Token called $MEGA will be launched on September 24 to change that dramatically.

What is the $MEGA Token?

The core idea behind $MEGA Token is enabling value transfer between chains and creating an independent and trustless market with no control from developers.

$MEGA Token is a utility and a governance token. It’s also an index for all Resources produced in the game.

Resources locked in the Vault could be released by any player using $MEGA Tokens. The more Resources are deposited to the Vault the less $MEGA is required to receive the same amount of Resources from the Vault.

How to use $MEGA?

Play the game to get $MEGA:

(swap Wood to Sand on Ethereum)

Swap any Resource to $MEGA on Ethereum

Exchange $MEGA on Ethereum to $MEGA on TRON

Swap $MEGA to any Resource on TRON

$MEGA Token can be received as a reward for managing a Corporation.

$MEGA Token can be received as a tax from Corporations operations in a District by a District owner.

A player may operate liquidity mining operations for the $MEGA Token to earn fees providing liquidity by adding $MEGA to pools on UniSwap (Ethereum) or JustSwap (TRON Network).

How To get $MEGA?

$MEGA Token can be received by locking Resources in the MegaCryptoPolis game. Resources can be produced in a building, purchased on the in-game market, or acquired in Packs from the official store (only 5892 Packs left).

Players will be able to acquire $MEGA from the in-game vault and liquidity pools (UniSwap, JustSwap) starting October 28, 2 PM UTC.

Forget bitcoin. These cryptocurrencies are surging even more

Ripple CEO Walks Back Threat to Leave US